Parents of children with cerebral palsy: their experiences and perspectives of Conductive Education 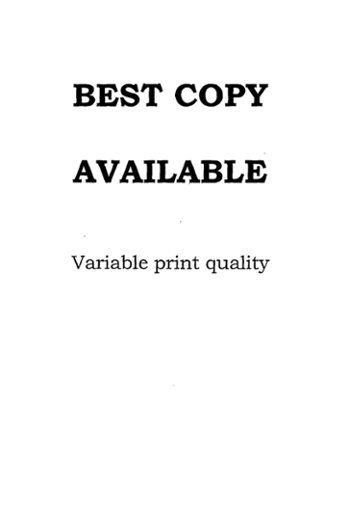 Some parents of children with cerebral palsy choose a non-traditional programme of education for their children - Conductive Education. Many countries appear to have welcomed not only research into Conductive Education but also the practice of this alternative programme of education for children with cerebral palsy (Lebeer, 1995; Weber, 1995; Cooper, 1986; Sigafoos, Elkins, Hayes, Gunn, Couzens and Roberts, 1991; Dowrick, 1993; Bochner, Center, Chapparo and Donnelly, 1996 and Hass, Takuziner, Hendelsman, Ginzberg and Ornoy, 1997). In the U. K., whilst Conductive Education has, for some years, been largely ignored by the professional and academic world (Sutton, 1998), the current national position suggests an increase in academic interest due to emerging training schemes and also, paradoxically, because of increased awareness outside of the U. K. The most rigorous study to date (Bairstow, Cochrane & Hur, 1993) although receiving much criticism regarding its design and methodology (Stukat 1995, Catonese 1995, Lie & Holmes 1996) rapidly assumed the status of the definitive statement on Conductive Education and as a consequence Llewellyn, Owens & Hogan (1997) highlight the need for research to move away from the effectiveness or parents' satisfaction with a programme of Conductive Education to explore their perceptions. In order to add to the body of knowledge in this field, the perceptions of parents on Conductive Education are explored through the application of two methodologies - Grounded Theory (Strauss & Corbin, 1990) and Discourse Analysis (Potter & Wetherell, 1994). Parents from eleven family units, who had enrolled their children on a programme of education at The National Institute for Conductive Education in Birmingham, were interviewed. Unstructured, in-depth, tape-recorded interviews were parent-led with regard to location and duration. A structured application of the grounded theory method of enquiry is applied to the data and the theoretical implications that emerge highlight a temporal shift in the data leading to parents becoming experts in issues related to childhood disability and programmes of education. Parents reclaim ownership of the decision-making process (which they have hitherto perceived to be out of their control) and orchestrate the identity of their children by choosing a programme of Conductive Education as practised at the National Institute for Conductive Education in Birmingham. Application of Discourse Analysis to documentation in relation to the decision-making process to further extend the theoretical implications revealed three discourses in 'operation - objectivity versus subjective experience, negativity versus positivity and current disability versus potential ability. The theoretical implications related to these discourses are concerned with parents as equal partners in the decision-making process and the differential between parents and Local Education Authorities on the fundamental underpinnings of an appropriate programme of education for children with cerebral palsy. The findings from the application of each methodology are brought together for discussion and conclusions drawn. Theoretically it is argued that positivistic approaches to research in this area which either exclude the voices of parents or, if included, restrict the voice to issues of satisfaction with a programme of Conductive Education, serve to ensure that education for children with special needs is pathologised. It is argued that the pathologising of education for children with special needs serves the interests of existent dominant government providers of programmes of special education.

Owens, M.D. (2000). Parents of children with cerebral palsy : their experiences and perspectives of Conductive Education. University of Wolverhampton, Wolverhampton