Abiraterone acetate and prednisolone with or without enzalutamide for high-risk non-metastatic prostate cancer: a meta-analysis of primary results from two randomised controlled phase 3 trials of the STAMPEDE platform protocol 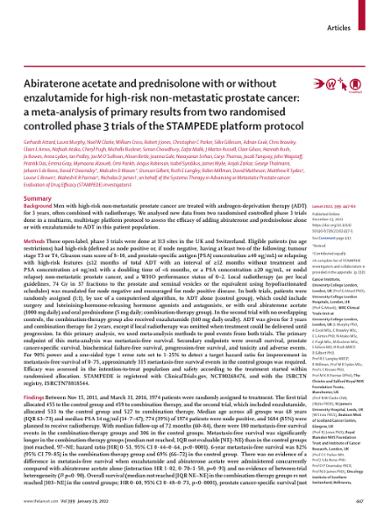 © 2022 The Authors. Published by Elsevier. This is an open access article available under a Creative Commons licence. The published version can be accessed at the following link on the publisher’s website: https://www.thelancet.com/journals/lancet/article/PIIS0140-6736(21)02437-5/fulltext