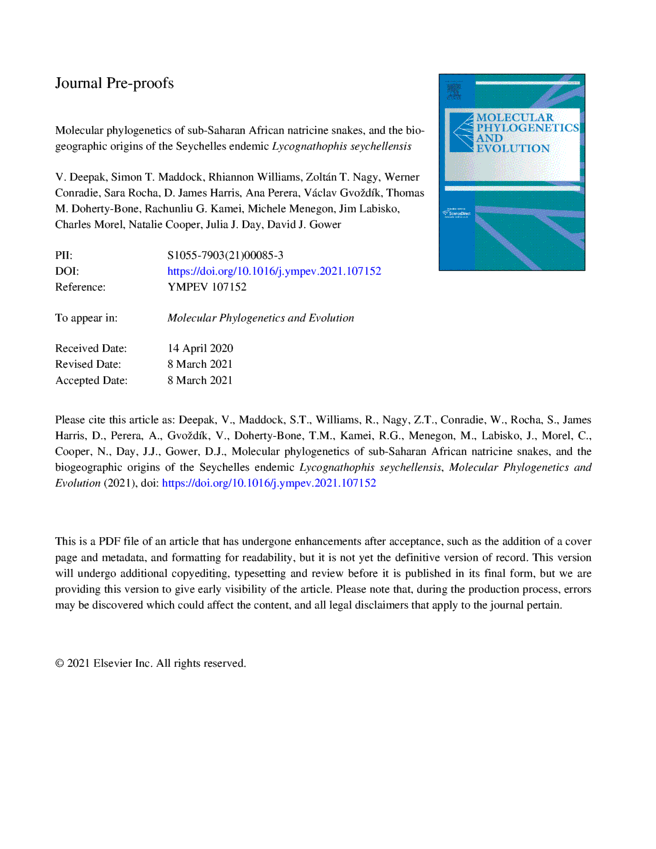 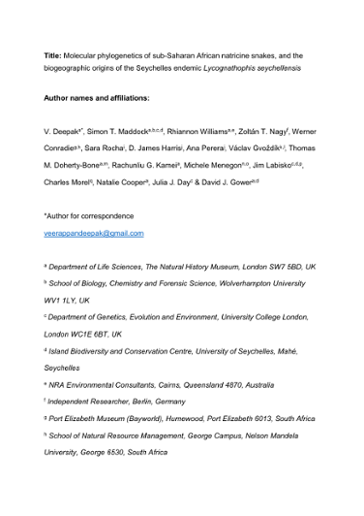 This is an accepted manuscript of an article published by Elsevier in Molecular Phylogenetics and Evolution, available online: https://doi.org/10.1016/j.ympev.2021.107152 The accepted version of the publication may differ from the final published version.

VD was funded by EU Marie Skłodowska-Curie Fellowship 751567. STM was funded by an NHM-UCL IMPACT PhD studentship. STM and JL each received awards from the Systematics Research Fund of the Systematics Association and Linnean Society of London, and the Mohammed bin Zayed Conservation Fund (Projects 172515128 and 162513749). Seychelles research was also funded by the BBSRC’s SynTax scheme (awarded to M. Wilkinson, JJD and DJG). VG was supported by the IVB CAS institutional support (RVO: 68081766), and the Ministry of Culture of the Czech Republic (DKRVO 2019–2023/6.VII.c, National Museum, 00023272). TDB’s fieldwork was funded by the Royal Geographical Society, and Golder Associates. RGK received EU Marie Skłodowska-Curie Fellowship (PIIF-GA-2013-625870). This work was also supported by Darwin Initiative grant 19-002 (to J.J. Groombridge and colleagues).
ae974a485f413a2113503eed53cd6c53
10.1016/j.ympev.2021.107152