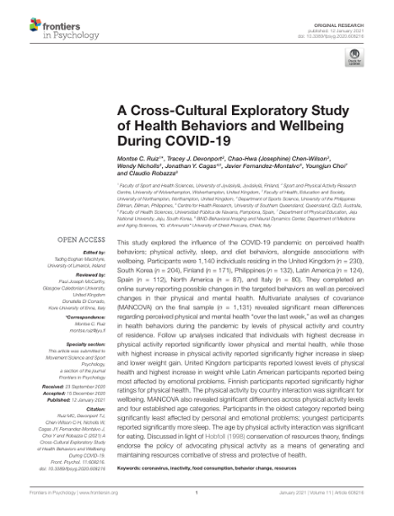 © 2021 The Authors. Published by Frontiers Media. This is an open access article available under a Creative Commons licence. The published version can be accessed at the following link on the publisher’s website: https://doi.org/10.3389/fpsyg.2020.608216