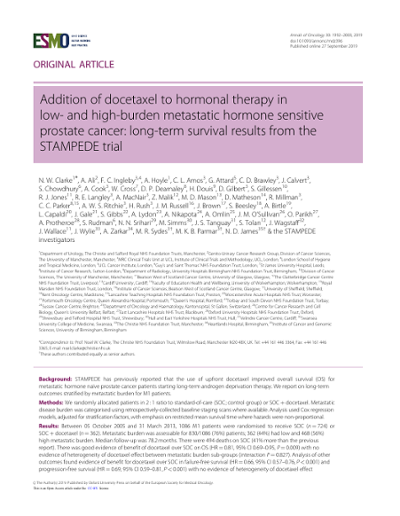 Annals of Oncology : official journal of the European Society for Medical Oncology

© 2019 The Authors. Published by Elsevier. This is an open access article available under a Creative Commons licence. The published version can be accessed at the following link on the publisher’s website: https://doi.org/10.1093/annonc/mdz396