Elucidating cylindrospermopsin toxicity via synthetic analogues: An in vitro approach 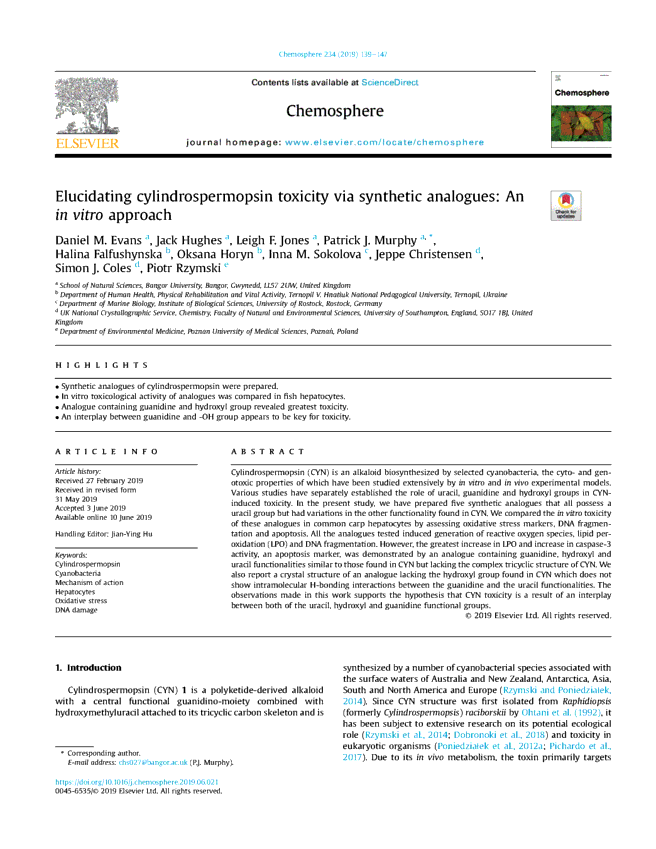 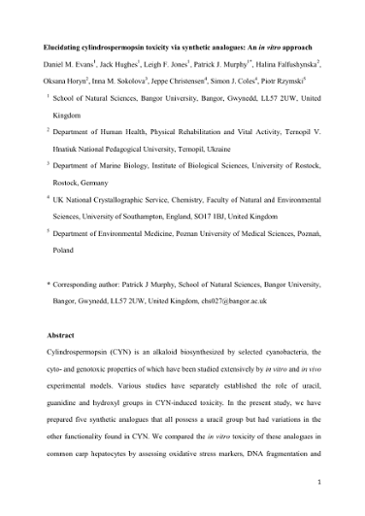 © 2019 Elsevier Ltd Cylindrospermopsin (CYN) is an alkaloid biosynthesized by selected cyanobacteria, the cyto- and genotoxic properties of which have been studied extensively by in vitro and in vivo experimental models. Various studies have separately established the role of uracil, guanidine and hydroxyl groups in CYN-induced toxicity. In the present study, we have prepared five synthetic analogues that all possess a uracil group but had variations in the other functionality found in CYN. We compared the in vitro toxicity of these analogues in common carp hepatocytes by assessing oxidative stress markers, DNA fragmentation and apoptosis. All the analogues tested induced generation of reactive oxygen species, lipid peroxidation (LPO) and DNA fragmentation. However, the greatest increase in LPO and increase in caspase-3 activity, an apoptosis marker, was demonstrated by an analogue containing guanidine, hydroxyl and uracil functionalities similar to those found in CYN but lacking the complex tricyclic structure of CYN. We also report a crystal structure of an analogue lacking the hydroxyl group found in CYN which does not show intramolecular H-bonding interactions between the guanidine and the uracil functionalities. The observations made in this work supports the hypothesis that CYN toxicity is a result of an interplay between both of the uracil, hydroxyl and guanidine functional groups.