Kaiser, Christine; O'Shea, Mark; Kaiser, Hinrich (Magnolia Press, 2019-04-01)
We describe a new species of Indo-Papuan groundsnake (Stegonotus) from a single adult male specimen collected in 1953 near Kamro, a village in Maybrat Regency, West Papua, Indonesia. The specimen had been considered a member of S. batjanensis, a well-defined species from the northern Maluku Islands over 500 km to the northwest with which it shares the key characteristic of having the 3rd, 4th, and 5th supralabial scales touching the eyes. The new species can be differentiated from S. batjanensis as well as all other species of Stegonotus by having its 5th supralabial scale projecting forward from behind the eye to form a narrow contact zone with the eye. In addition, it is differentiated by the combination of the following characteristics: seven supralabials, the 3rd–5th touching the eye; eight infralabials, the 1st–4th touching the anterior genial; four scales separating the posterior genial and the first gastrostege; dorsal scales in 17 rows, diminishing to 15 posteriorly; a low number of ventrals (181 in the holotype) combined with a high number of subcaudals (105 in the holotype), the latter comprising 37% of the scales on the ventral surface, the highest proportion in the genus. The description of this species is of interest beyond adding to the species diversity of Stegonotus: it allowed us to explore additional characteristics to resolve taxonomic questions in a morphologically conservative genus, it illustrates the need for additional herpetological survey work on the Bird’s Head Peninsula, and its initial misidentification serves as a reminder of the continued relevance and importance of natural history collections as repositories for specimens and data that influence our knowledge today by reaching out from the past.

Corrigenda and Addenda to the Article “The taxonomic history of Indo-Papuan groundsnakes, genus Stegonotus Duméril et al., 1854 (Colubridae), with some taxonomic revisions and the designation of a neotype for S. parvus (Meyer, 1874)” by Kaiser et al. (2018)

Kaiser, Christine; O'Shea, Mark; Kaiser, Hinrich (Magnolia Press, 2019-06-13)
<jats:p>Kaiser et al. (2018) recently presented a comprehensive history of snakes in the genus Stegonotus Duméril et al., 1854 that included substantial taxonomic revisions. Given the scope and production of this work a few issues remained uncorrected during several proof stages, which we correct herein. Furthermore, after the paper was published some relevant information emerged that we do not want to leave unexposed, and which we hereby add to our discussion. </jats:p>

A new species of small and highly abbreviated caecilian (Gymnophiona: Indotyphlidae) from the Seychelles island of Praslin, and a recharacterization of Hypogeophis brevis Boulenger, 1911

MADDOCK, SIMON T.; WILKINSON, MARK; NUSSBAUM, RONALD A.; GOWER, DAVID J. (Mapress, 2017-10-06)
A new species of indotyphlid caecilian amphibian, Hypogeophis pti sp. nov., is described based on a series of specimens from the Seychelles island of Praslin. The type series was collected in 2013 and 2014, and a referred specimen previously identified as H. brevis Boulenger, 1911 was collected from an unspecified Seychelles locality in 1957. The new species most closely resembles the Seychelles endemic Hypogeophis brevis in being short (maximum known total length in life ca. 120 mm) and long snouted, but differs by having a less anteriorly positioned tentacular aperture and fewer primary annuli and vertebrae. In having only 67–69 vertebrae, H. pti sp. nov. is the most abbreviated extant species of caecilian reported to date. 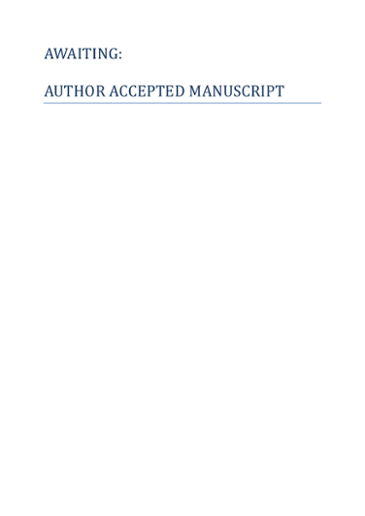 AGARWAL, ISHAN; MIRZA, ZEESHAN A.; PAL, SAUNAK; MADDOCK, SIMON T.; MISHRA, ANURAG; BAUER, AARON M. (Magnolia Press, 2016-09-23)
A new species of Cyrtodactylus (Geckoella) from the C. collegalensis complex is described based on a series of specimens from western and central India. Morphological and molecular data support the distinctiveness of the new form, which can be diagnosed from other Cyrtodactylus (including other Geckoella) species by its small body size (snout to vent length to 56 mm), the absence of precloacal and femoral pores, no enlarged preanal or femoral scales, and a dorsal scalation consisting wholly of small, granular scales. The new species is most closely related to C. collegalensis, C. speciosus and C. yakhuna, from which it differs by the presence of a patch of enlarged roughly hexagonal scales on the canthus rostralis and beneath the angle of jaw, its relatively long limbs and narrow body, and a dorsal colour pattern of 4–6 pairs of dark spots.

The taxonomic history of Indo-Papuan groundsnakes, genus Stegonotus Duméril et al., 1854 (Colubridae), with some taxonomic revisions and the designation of a neotype for S. parvus (Meyer, 1874)

Kaiser, Christine; Kaiser, Hinrich; O'Shea, Mark (Magnolia Press, 2018-07-16)
Since its conceptualization in 1854, 29 species of the colubrid genus Stegonotus have been recognized or described, of which 15 (admiraltiensis, batjanensis, borneensis, cucullatus, derooijae, diehli, florensis, guentheri, iridis, heterurus, melanolabiatus, modestus, muelleri, parvus, poechi) are still considered valid today. Original species descriptions for the members of this genus were published in Dutch, English, French, German, and Italian and, perhaps as a consequence of these polyglot origins, there has been a considerable amount of confusion over which species names should be applied to which populations of Stegonotus throughout its range across Borneo, the Philippines, Wallacea, New Guinea, Australia, and associated archipelagos. In addition, the terminology used to notate characteristics in the descriptions of these forms was not uniform and may have added to the taxonomic confusion. In this paper, we trace in detail the history of the type specimens, the species, and the synonyms currently associated with the genus Stegonotus and provide a basic, species-specific listing of their characteristics, derived from our examination of over 1500 museum specimens. Based on our data, we are able to limit the distribution of S. modestus to the islands of Ambon, Buru, and Seram in the central Moluccas of Indonesian Wallacea. We correct the type locality of S. cucullatus to the Manokwari area on the Bird’s Head Peninsula of West Papua, Indonesian New Guinea and designate a neotype for S. parvus, a species likely to be a regional endemic in the Schouten Archipelago of Cenderawasih Bay (formerly Geelvink Bay), Indonesian New Guinea. We unequivocally identify and explain the problematic localities of the type specimens of S. muelleri and Lycodon muelleri, which currently reside in the same specimen jar. We remove L. aruensis and L. lividum from the synonymy of S. modestus and recognize them as S. aruensis n. comb. and S. lividus n. comb., respectively. We remove S. keyensis and Zamenophis australis from the synonymy of S. cucullatus and recognize them as S. keyensis n. comb. and S. australis n. comb., respectively. We further remove S. reticulatus from the synonymy of S. cucullatus, S. dorsalis from the synonymy of S. diehli, and S. sutteri from the synonymy of S. florensis. We designate lectotypes for S. guentheri, S. heterurus, S. lividus, and S. reticulatus. Lastly, we introduce S. poechi, a valid species not mentioned in the scientific literature since its description in 1924. This brings the diversity in the genus Stegonotus to 22 species. We also caution that in a complex group of organisms like Stegonotus any rush to taxonomic judgment on the basis of molecular and incomplete morphological data sets may perpetuate errors and introduce incongruities. Only through the careful work of connecting type material with museum specimens and molecular data can the taxonomy and nomenclature of complex taxa be stabilized.

KIECKBUSCH, MAX; MECKE, SVEN; HARTMANN, LUKAS; EHRMANTRAUT, LISA; O’SHEA, MARK; KAISER, HINRICH (2016-03-20)
We describe a new species of Cylindrophis currently known only from Grabag, Purworejo Regency, Jawa Tengah Province (Central Java), Java, Indonesia. Cylindrophis subocularis sp. nov. can be distinguished from all congeners by the presence of a single, eponymous subocular scale between the 3rd and 4th or 4th and 5th supralabial, preventing contact between the 4th or 5th supralabial and the orbit, and by having the prefrontal in narrow contact with or separated from the orbit. We preface our description with a detailed account of the tangled taxonomic history of the similar and putatively wide-ranging species C. ruffus, which leads us to (1) remove the name Scytale scheuchzeri from the synonymy of C. ruffus, (2) list the taxon C. rufa var. javanica as species inquirenda, and (3) synonymize C. mirzae with C. ruffus. We provide additional evidence to confirm that the type locality of C. ruffus is Java. Cylindrophis subocularis sp. nov. is the second species of Asian pipesnake from Java.

KATHRINER, ANDREW; BAUER, AARON M.; O’SHEA, MARK; SANCHEZ, CAITLIN; KAISER, HINRICH (2014-12-24)
We describe a new species of bent-toed gecko from a single specimen initially collected in 1924 by Malcolm Smith on Timor Island in the Lesser Sunda Archipelago of Indonesia. Cyrtodactylus celatus sp. nov. is distinguished from all other congeners by the following combination of characters: small adult size; without spinose tubercles on the ventrolateral body fold and along the lateral margin of the tail; 16 longitudinal rows of tubercles at midbody; 42 ventral scales between the ventrolateral folds at midbody; no transversely enlarged, median subcaudal scales; 17 subdigital lamellae (seven basal + ten distal) under the fourth toe; no abrupt transition between postfemoral and ventral femoral scale series. The specimen is the earliest confirmed record of the genus Cyrtodactylus for Timor, and it is the first putatively endemic gecko species described from this island.

KATHRINER, ANDREW; O’SHEA, MARK; KAISER, HINRICH (Magnolia Press, 2014-11-27)
Recent herpetofaunal investigations in Timor-Leste revealed populations similar to Hemidactylus brookii Gray, 1845 in four of 13 districts. In order to properly identify these populations, we examined their relationships to other H. brookiicomplex populations, notably those from nearby Roti Island, Indonesia (to which the name H. tenkatei van Lidth de Jeude, 1895 has been applied) and topotypic Bornean samples. We evaluated both meristic and mensural data from a set of specimens that included the type material of H. brookii and H. tenkatei, and we generated nuclear (RAG1) and mitochondrial(ND2) DNA sequence data for Timor-Leste specimens and a topotypical Bornean specimen presumed to represent H. brookii sensu stricto. Morphologically, Timorese geckos are clearly distinct from H. brookii and identical to H. tenkatei. Our molecular data show that the Bornean specimen thought to be H. brookii is genetically congruent with Timor-Leste specimens, and this specimen is therefore identified as H. tenkatei. Our data also reveal that the Burmese species H. subtriedroides Annandale, 1905 is distinct from both H. tenkatei and H. brookii. While the current data do not allow us to determine with certainty whether H. tenkatei is the oldest available name for these widespread forms, it is the only name that can be reliably applied at this time.

Maddock, Simon T; Ellis, Ryan J; Doughty, Paul; Smith, Lawrence A; Wüster, Wolfgang (Magnolia Press, 2015-08-28)
Australian death adders (genus Acanthophis) are highly venomous snakes with conservative morphology and sit-and-wait predatory habits, with only moderate taxonomic diversity that nevertheless remains incompletely understood. Analyses of mitochondrial and nuclear gene sequences and morphological characteristics of death adders in northern Australia reveal the existence of a new species from the Kimberley region of Western Australia and the Northern Territory, which we describe as Acanthophis cryptamydros sp. nov. Although populations from the Kimberley were previously considered conspecific with Northern Territory death adders of the A. rugosus complex, our mtDNA analysis indicates that its closest relatives are desert death adders, A. pyrrhus. We found that A. cryptamydros sp. nov. is distinct in both mtDNA and nDNA analysis, and possesses multiple morphological characteristics that allow it to be distinguished from all other Acanthophis species. This study further supports the Kimberley region as an area with high endemic biodiversity.